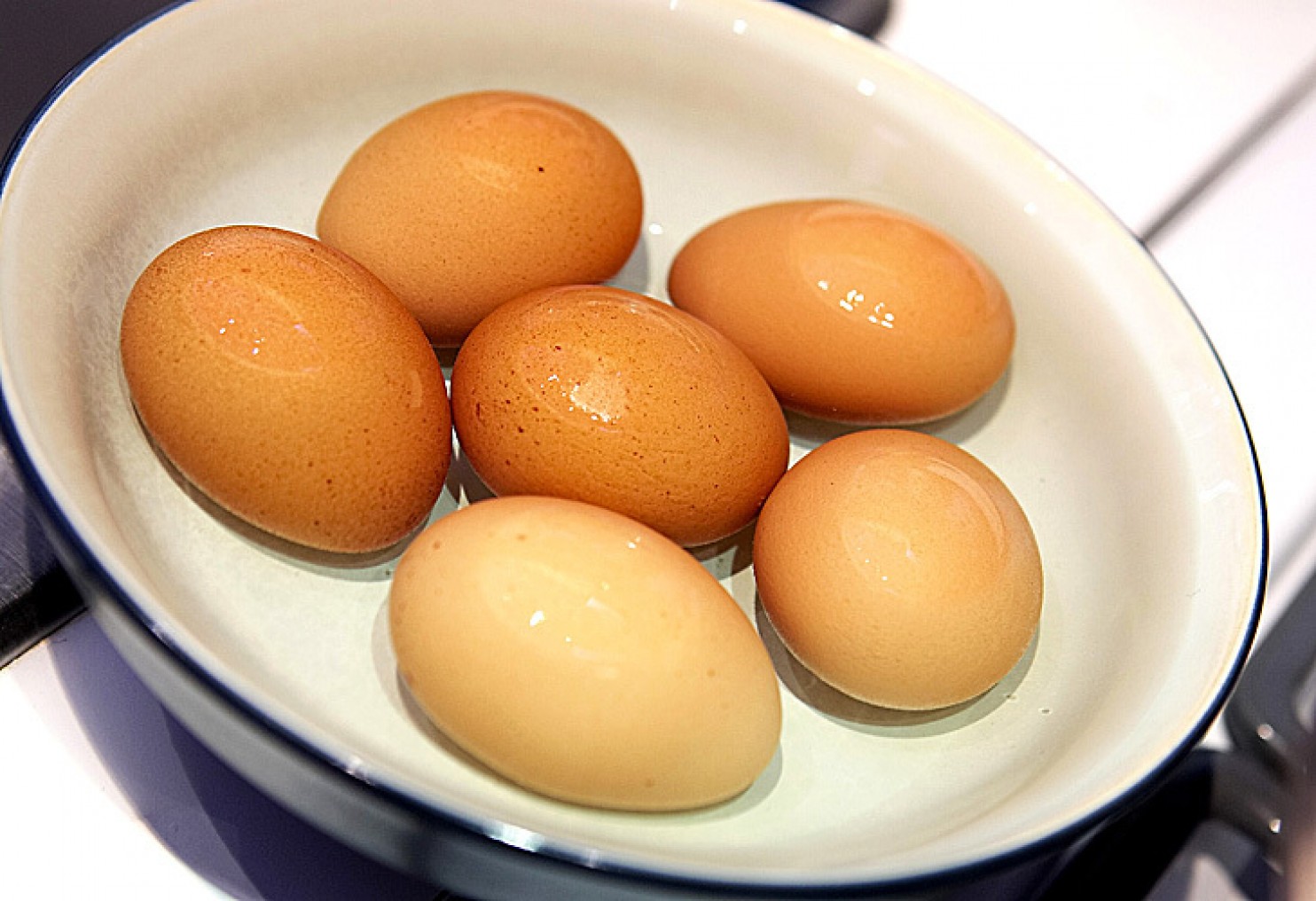 The debate continues over the best way to achieve hard-cooked eggs that are easy to peel. (Len Spoden for The Washington Post)

TV cooking competitions have taken a charmingly genteel turn with the arrival on our shores of “The Great British Baking Show” on PBS. Haven’t seen it? Read Bonnie S. Benwick’s account, and I bet you’ll find yourself tuning in to find out what all the fuss is about.

Also this week, T. Susan Chang reviews “Shroom,” a new mushroom cookbook full of winning recipes. And in Unearthed, columnist Tamar Haspel proposes jettisoning commodity subsidies and replacing them with a program that protects all farmers, no matter what crop they grow.

Tamar will be on hand for today’s live Free Range chat, as will two of the “Great British Baking Show” contestants, so it’s going to be an interesting hour. But then, it always is. You should plan to be there, too, starting at noon. This leftover question from last week’s chat should get you in the mood:

I read an article recently that claimed that pressure-cooking eggs makes them extremely easy to peel. I received a pressure cooker for Christmas, and I’m wondering if it is worth trying this method.

There are no easy answers, you know? You can find dozens of smart people who say that A is the answer, and so you get excited about A, and then some equally smart people say that the answer is really B, and then there you are, all confused.

Which is kind of the case with peeling eggs.

I’ve peeled a lot of eggs in my time, as I’m sure you have, with varying degrees of success. I’ve always trusted the folks who swear that starting the egg slowly in cold water is the key to a perfect outcome, even though I don’t always get that perfect outcome. So I was intrigued by a report on the Web site Hip Pressure Cooking claiming that the pressure cooker produces perfectly peelable eggs. At the end of the article, many excited commenters said they had tried the pressure-cooker method and were completely sold. I thought it sounded good.

The popular blog Kitchn thought so, too, and put the pressure cooker to the test. The outcome, many eggs later? “Verdict: This is a mind-blowing tip.”

And the evidence continued to mount, with photos like this one, taken by a cooking instructor who pressure-cooked half of the eggs from a carton and boiled the other half in the traditional way. Her pressure-cooked eggs peeled like a dream, while her boiled eggs were plagued by the clingy peels and resulting pockmarking that we’ve all experienced, generally when we need really pretty specimens for making deviled eggs.

So I, too, was feeling sold. And then, suddenly, the voice of dissent. J. Kenji López-Alt, managing culinary director of SeriousEats.com, tried the pressure-cooker method and was not impressed. His own testing found that boiling or steaming eggs garnered superior peeling results. There was a critical caveat: He started the cooking when the water was already at a full boil or full steam.

Even knowing that it has all been tested to death, I steamed an egg according to López-Alt’s recommendations, and it turned out great. I cooked one via the traditional cool-water method, and it, too, turned out great. At that point I lost my zeal and decided against hauling out the pressure cooker or even trying this “shocking” technique from our Recipe Finder database. It seemed likely to me that those, too, would turn out great. It appeared that I had just lucked into a great carton of eggs.

So as far as I’m concerned, the jury is still out, but feel free to do your own testing. Kitchen experiments are fun — kids like them — and you usually end up with something to show for them. Here are a few recipes from our database that will put the results of your effort — no matter what they look like — to good use: